Re: Anyone near Dearborn, MI want to help with a documentary?

Ed-
I received this email too and promptly skimmed it over, assumed it was SPAM, then deleted it. If it is legit, I don't understand why she wants to come all the way to Dearborn, MI USA; she won't find anything there. The Ferguson Plant formerly on Southfield Rd. is long gone. The Henry Ford Museum in Greenfield Village, Dearborn, MI only has the original 1936 Ferguson-Brown "Black" Type A Tractor Harry brought with him in November, 1938 to demonstrate the 3-PT system to Henry Ford with, and one of the original 9N Prototype models. That's it and only posted plaques list a short history. Nobody there can tell you anything. At least last time I was at The HF these were on display. Not sure what is there nowadays. Everything to know about FERGUSON can be found in the Colin Fraser book, "Tractor Pioneer: The Life of Harry Ferguson", OOP. Diamond Farms Publishing had a series of videos by Stuart Gibbard with Harold Beer, now deceased, from his farm in Ireland and he had many original Ferguson Implements and TE20's and TE30's and he showed how to use them in the videos. These may be out of print as well. The Ferguson implements used in the UK were not the same as the ones used when he came to Detroit to build his TO models. The Ferguson-Sherman implements too were different than were used on the 9N FORD.

There is a very good book by John Farnworth, "Ferguson Implements & Accessories" featuring all of the UK produced Ferguson implements and briefly talks about a few Ford ones. Several years ago I was contacted by Rob Rinaldi, editor of The N-NEWS, asking if I could help a young lady from the UK, Julie Browning who had purchased and early 9N, s/n 404, and wanted to restore it to all original so needed help in the project. He put her in contact with me and I helped her with all the technical early 9N items she would need and sold her a few OEM parts too. I also told her that a few guys had restored their early 9N's, some not 100% correct, but the guy who is the best source, most knowledgeable is Jason Grooms in Ohio. He has an early unrestored 9N, s/n 278, with the aluminum hood and also has several other 9N and 2N models. I asked Jason if she could have his contact info and he agreed. She went to his place and spent a day learning all about the Ford-Ferguson 9N. She came back to the UK and they restored her 9N there. It is listed in the Registry folder. If she wants to do the same with Jason, I can ask him if he'd be interested and see what happens. As far as coming to Dearborn, as I said, she won't find much info on the early Ferguson and Fords there. There were many offers in the past to donate early 9N's to The Henry Ford and they had all been turned down. The late Dave Schafer had s/n 179 which had been given to his father by Henry Ford personally. Hid dad was the caretaker of the farm on Ford's estate in Dearborn at Fair Lane and did all the tractor work and farming there. It was Dave's dad who is pictured in many of the early 9N brochures demonstrating the new 3-pt implements. Also, when Ford 8N V8 specialist Marvin Baumann retired from the tractor business and began selling off his collection, he first offered The Henry Ford by donating them to the museum but he also was turned down. His "Typhoon II" at least should have been in there. The curator and people who run the museum now are all young millennials and have no interest in the older vintage stuff. Marv also volunteered at the Benson Ford Research Center. If there was ever two prime examples of what should be displayed at The HF, these were it. So, If you want me to contact Jason, I can do that. Member Steve Dabrowski also restored an early 9N, complete, as original and he may offer some insight as well.

1936 FERGUSON-BROWN TYPE A TRACTOR USED TO DEMONSTRATE THE 3-PT SYSTEM TO HENRY FORD IN 1938: 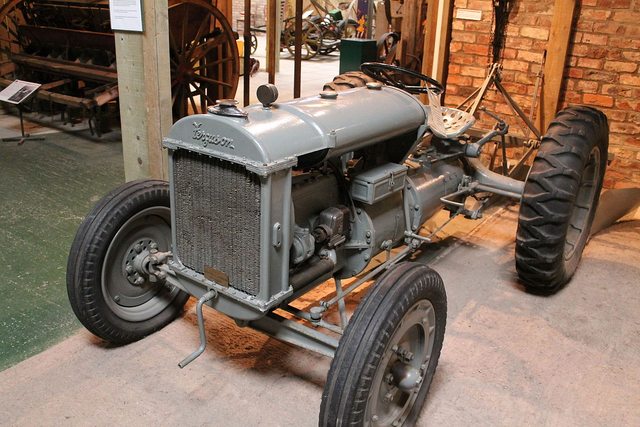 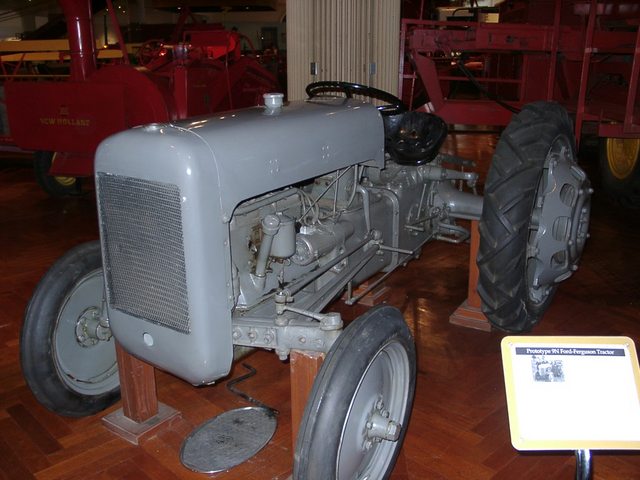 TRACTOR PIONEER: THE LIFE OF HARRY FERGUSON by COLIN FRASER: 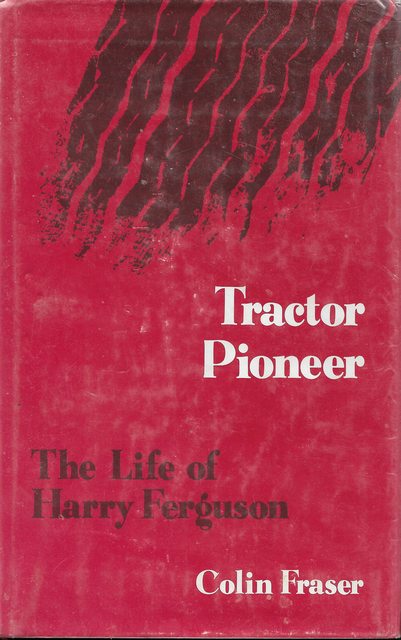 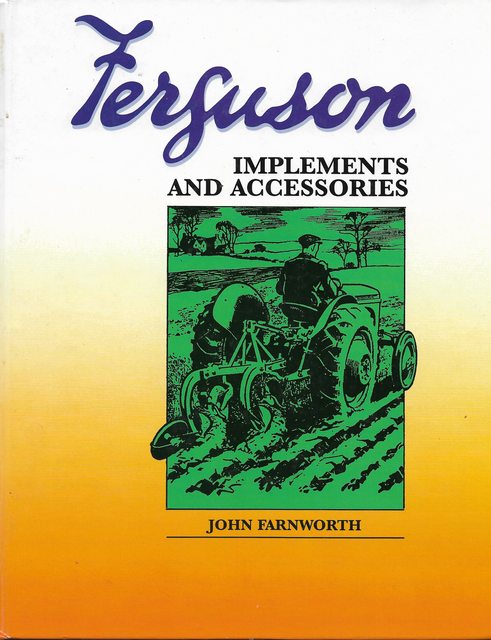