In 1931 Ford built a new assembly plant in Richmond, CA to assemble Model A cars (another west coast plant was located in Long Beach near Los Angeles). This plant operated from 1931 through the mid 1950's when it was closed and operations moved to a new plant near San Jose, Ca. The plant was largely abandoned and fell into disrepair. I took a drive up there a couple of months ago and shot some photos. While having nothing to do with tractors I thought some of yo Ford fans and history buffs might enjoy these images.

In the mid 1990's the City of Richmond with help from the National Park Service began restoration of the plant as a part of the new Rosie the Riveter/WWII Home Front National Historical Park on the sites of the Ford plant and the four Kaiser wartime shipyards. The building has been beautifully restored and now houses several businesses as well as featuring a very good restaurant. The crane hall is used for concerts and special events.

This air view shows the plant as it was completed in 1931. Within a dozen years the estuary and surrounding land would be covered by the four Kaiser shipyards. Kaiser yard two was located to the right of the water tower while yards one, three and four lined the land on the left of the waterway. 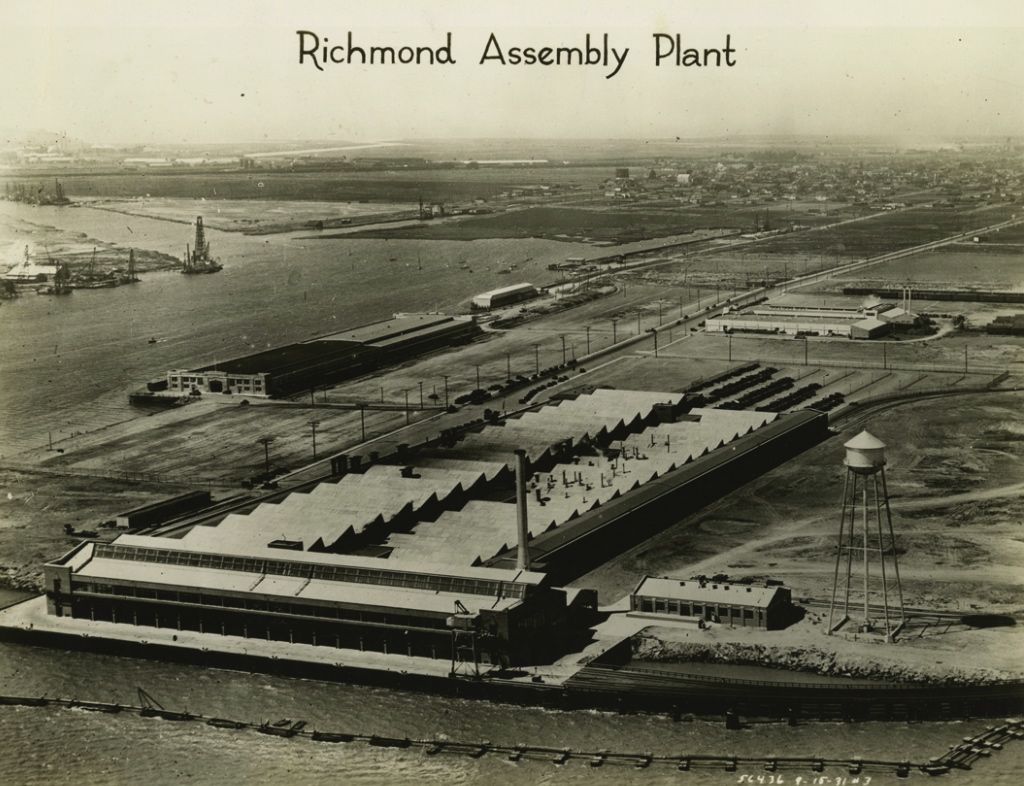 As seen from street today: 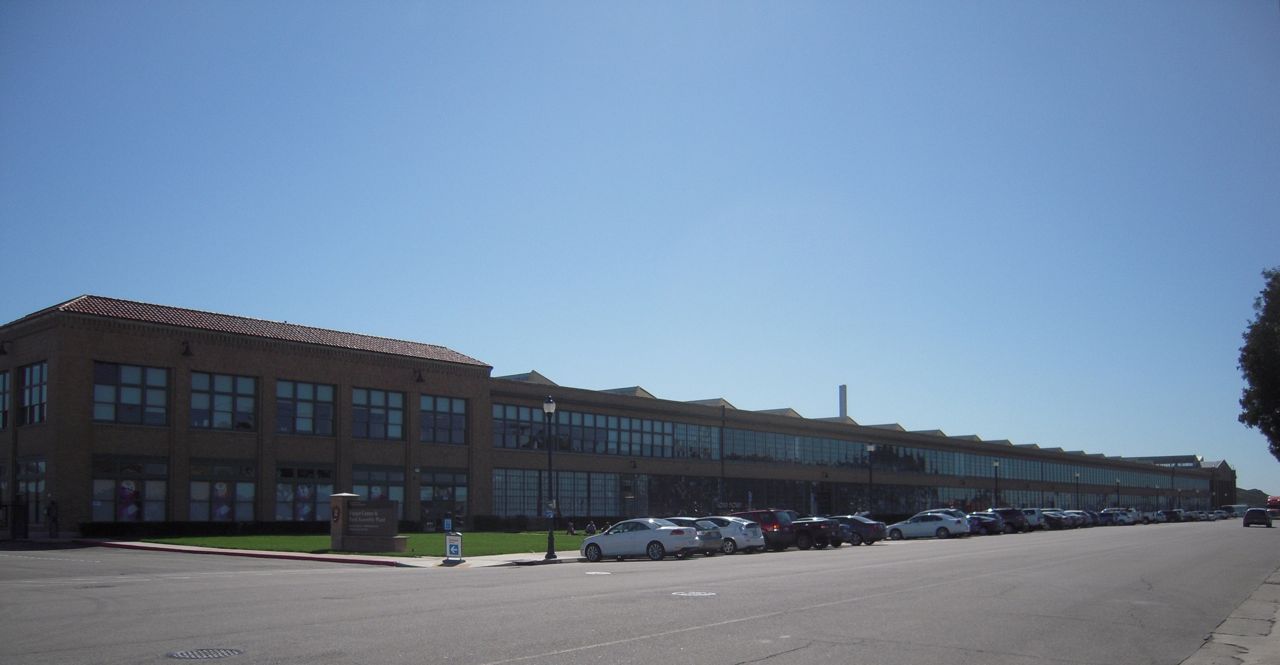 The entry gate remains in service: 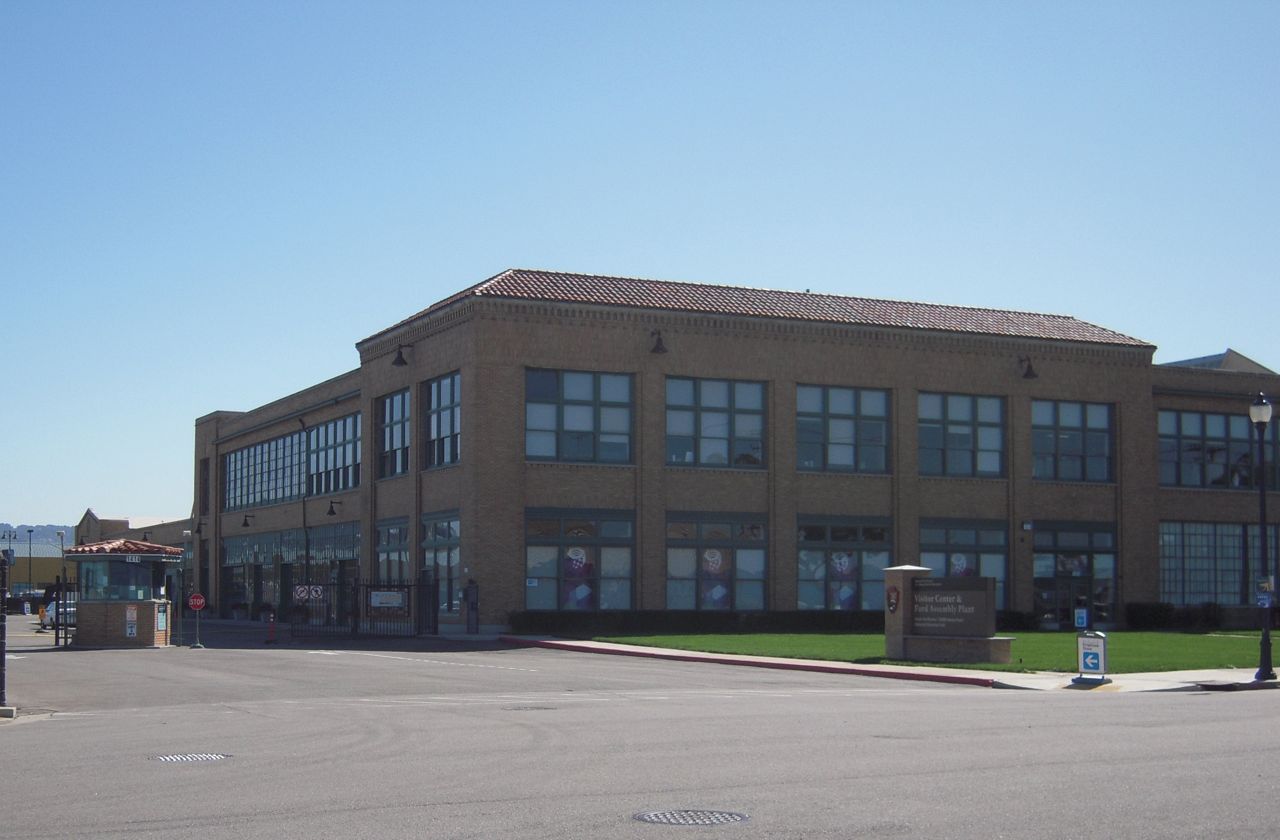 The crane room viewed at the south end of the plant: 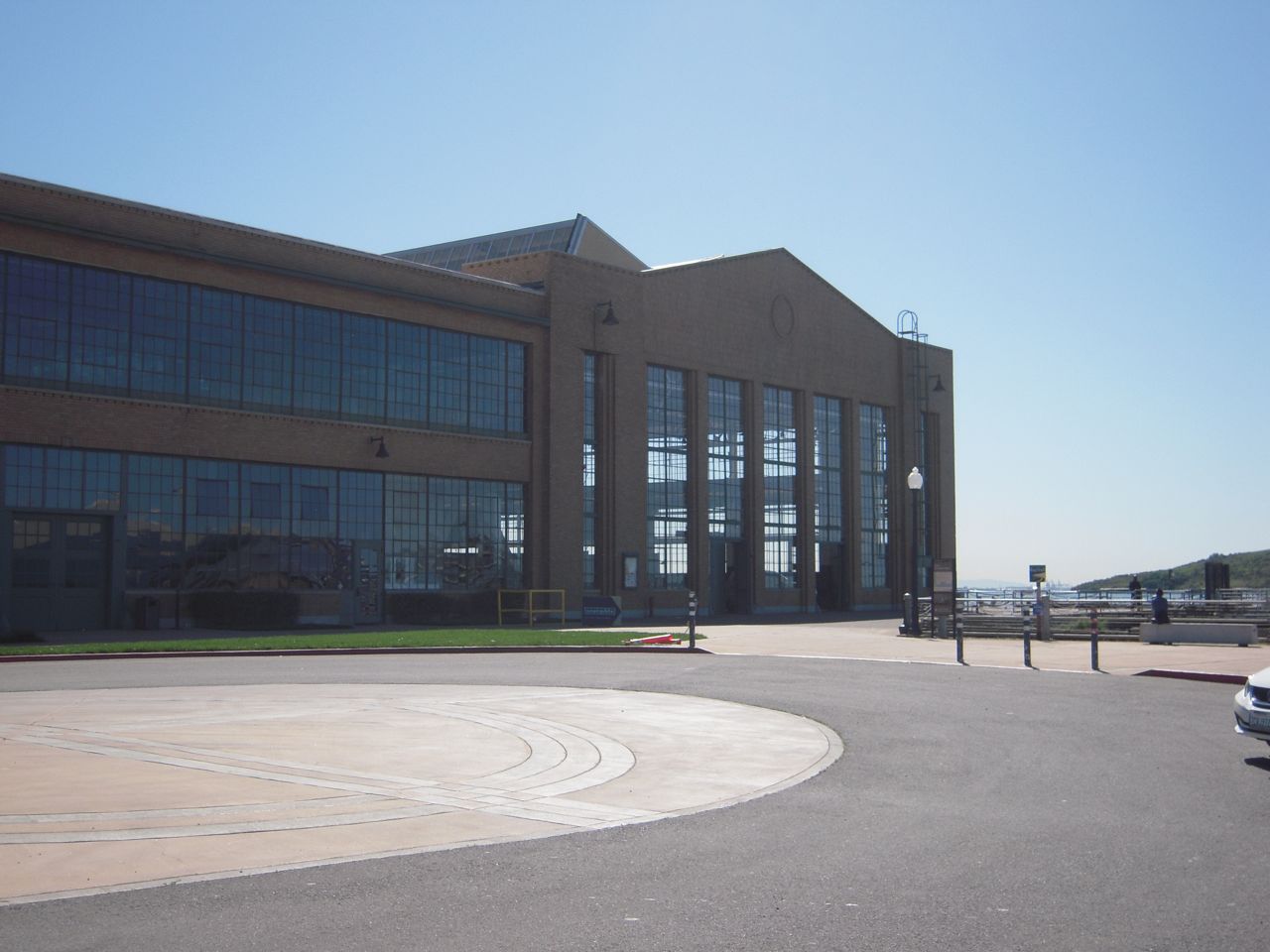 View of the east side of the crane room and the restaurant. This is classic Albert Kahn architecture with the ample glass windows and tall graceful smoke stack: 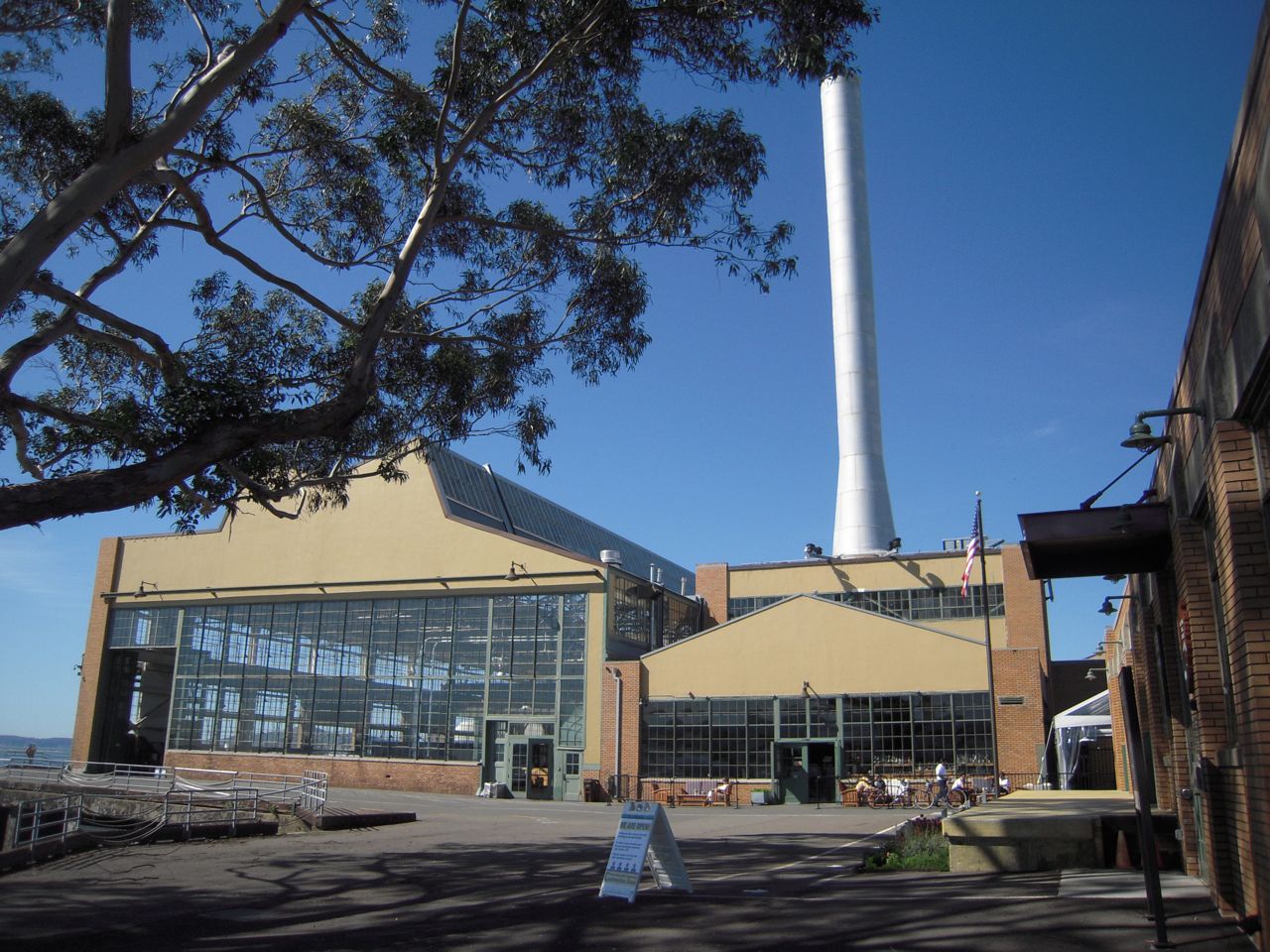 View of the hall facing the bay where remnants of the railway for loading and unloading of materials still remains: 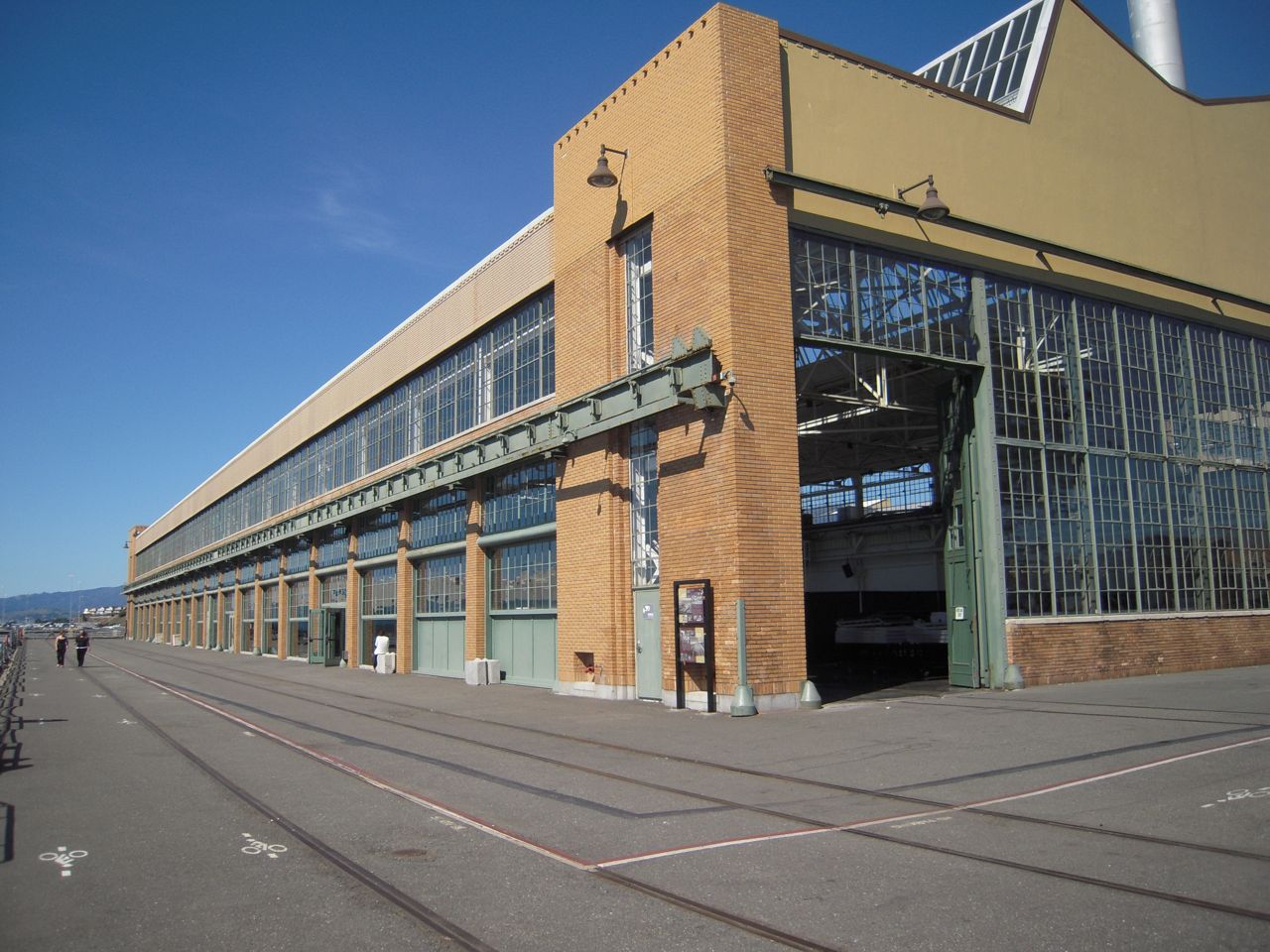 View along the dock fronting the plant looking west: 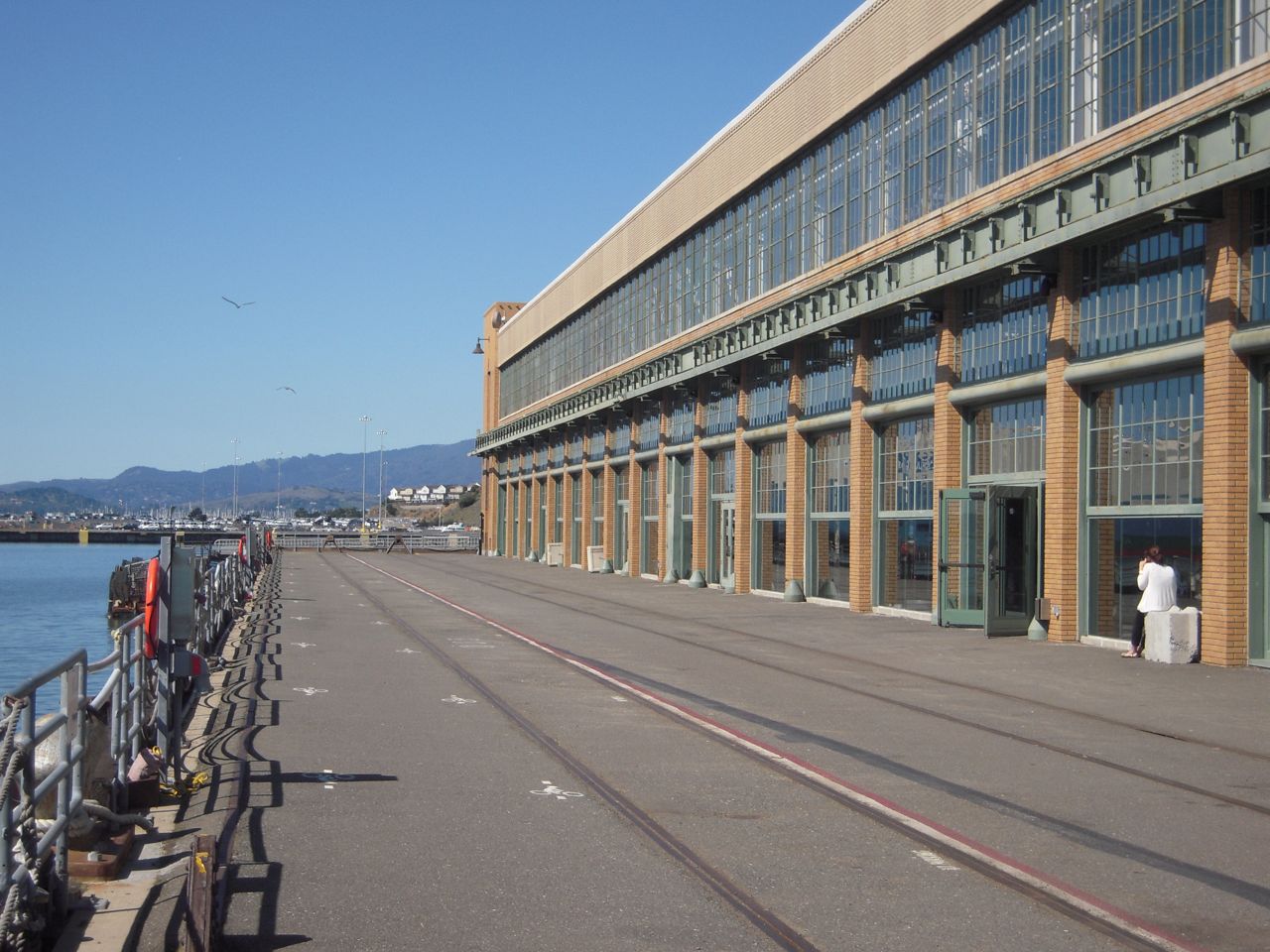 Looking west across the estuary to the remains of Kaiser Shipyard 3. Note the difference between the 1944 launched Victory ship and the modern car carrier unloading nearby:

A closer look at the Kaiser yard: 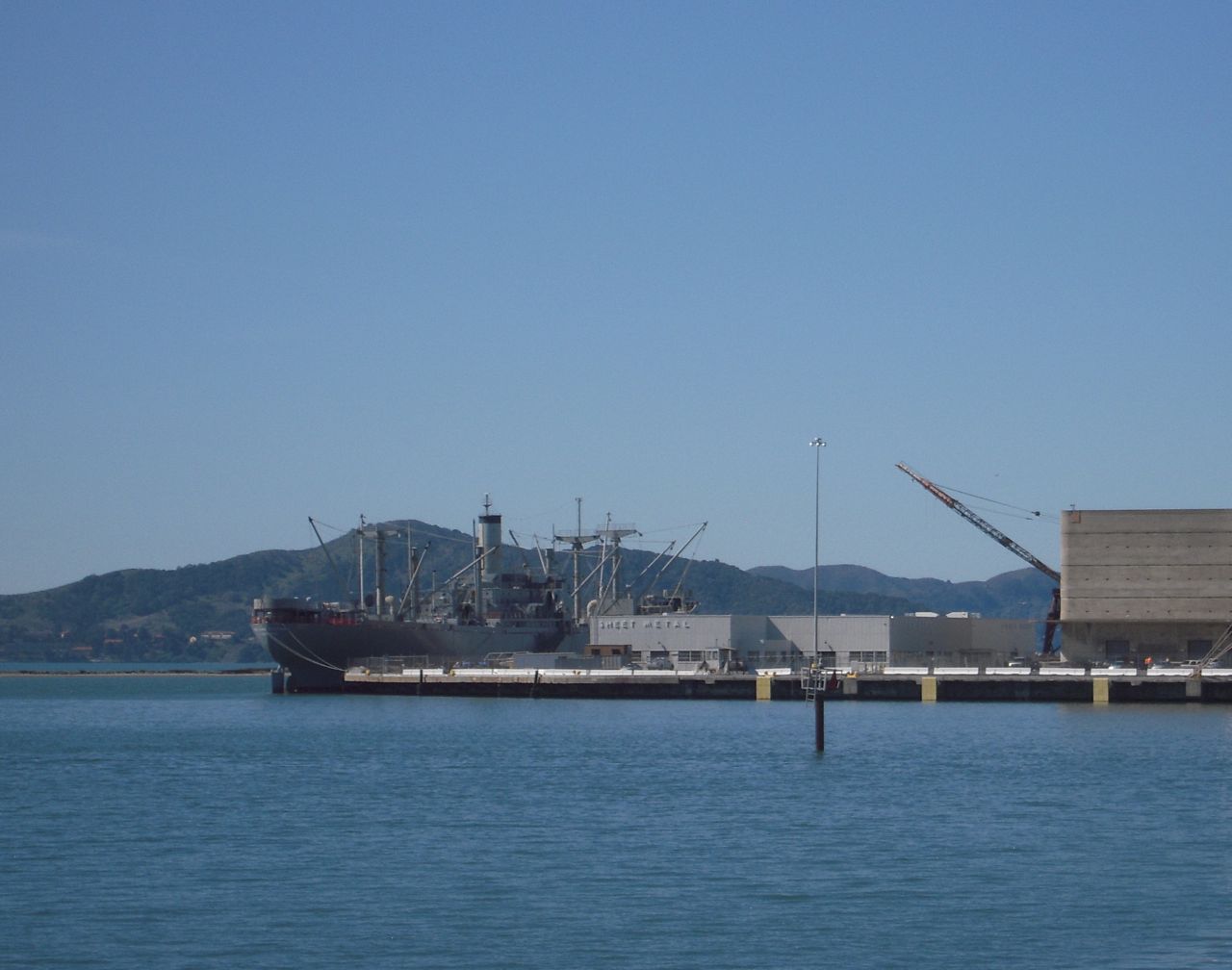 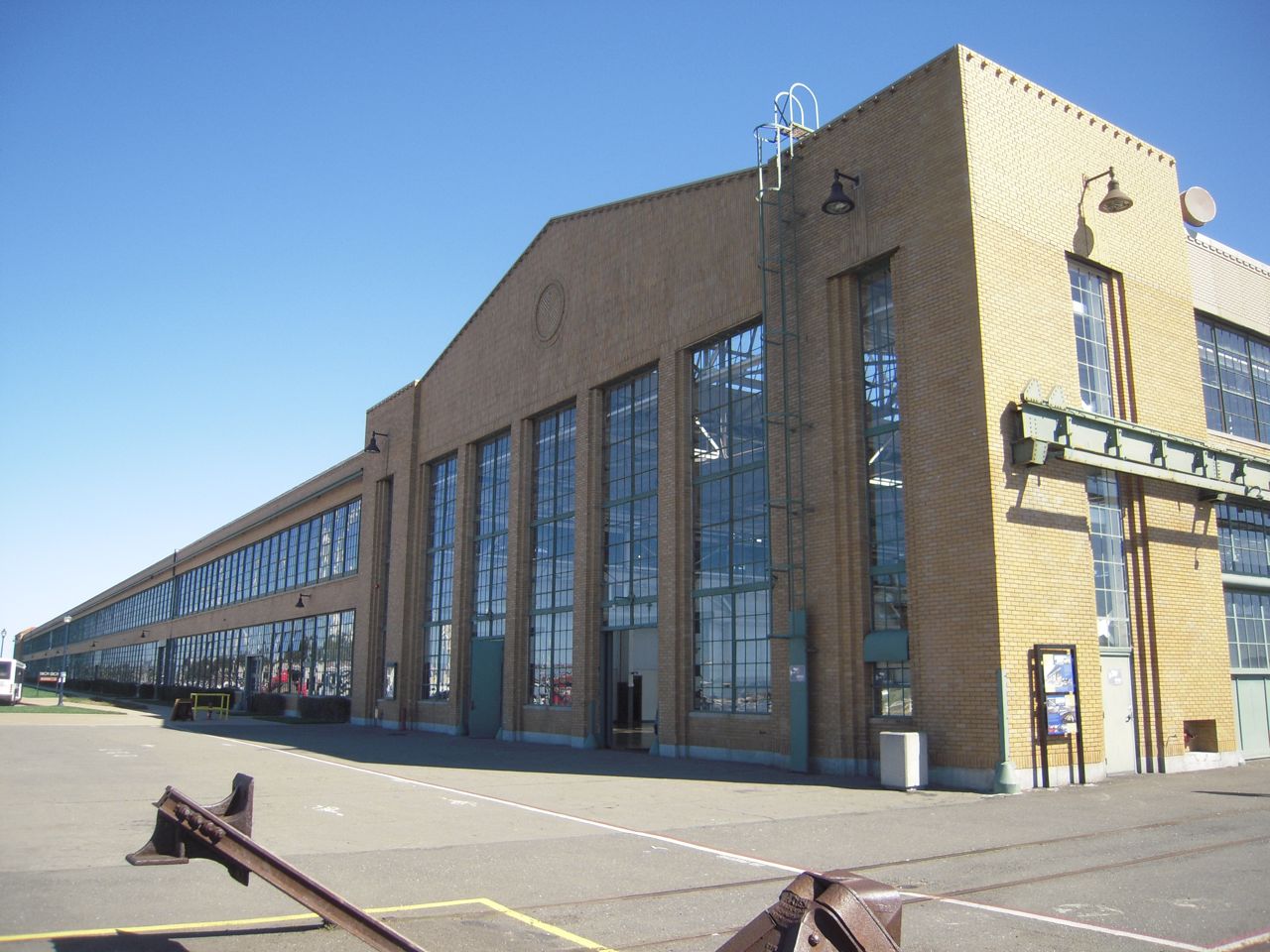 Looking east along the dock front: 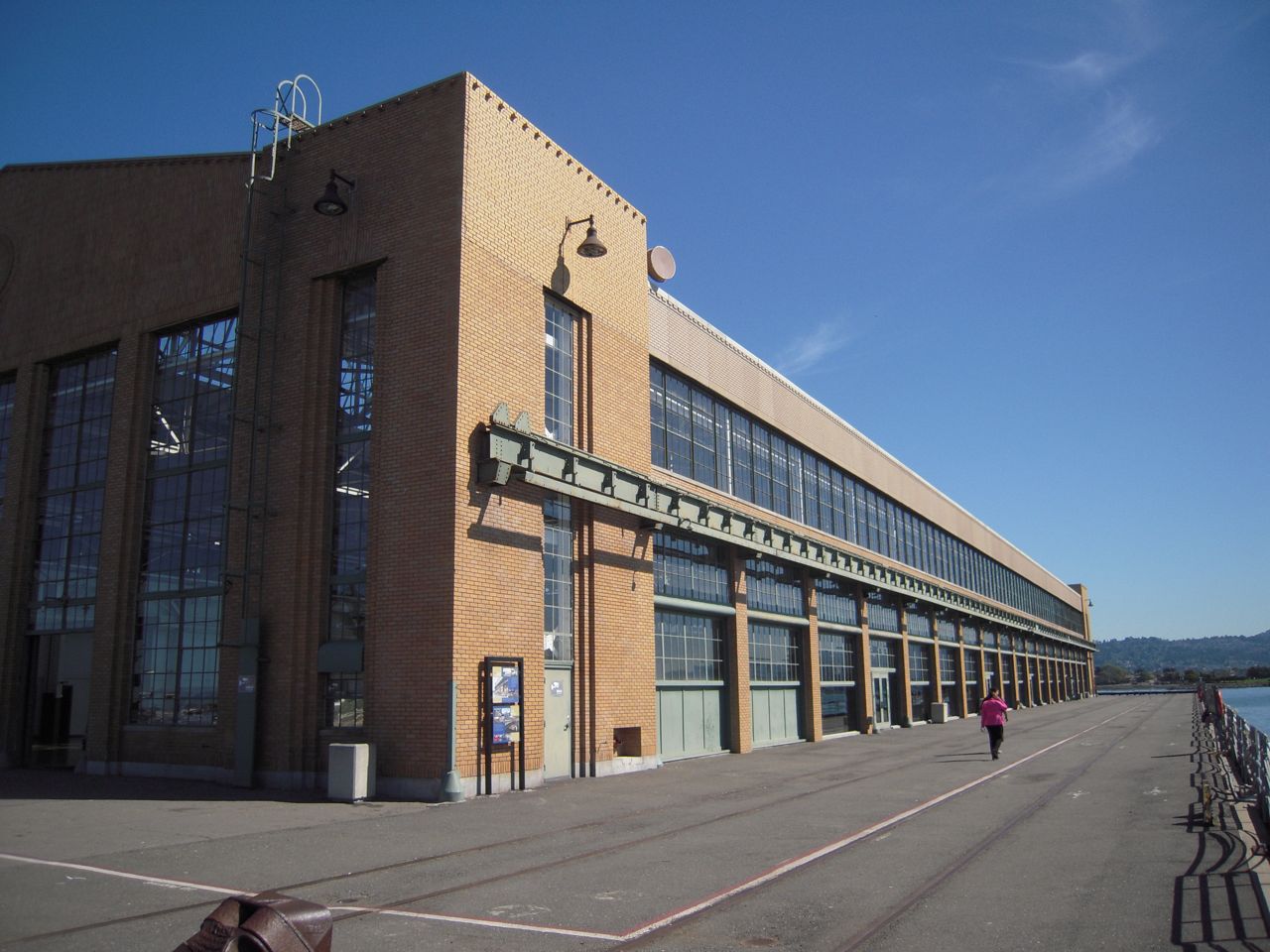 Looking east inside the crane room, the overhead cranes still operate-the room is being prepared for an event for the weekend:

A west looking view inside, a Ford F150 pickup is at the far end: 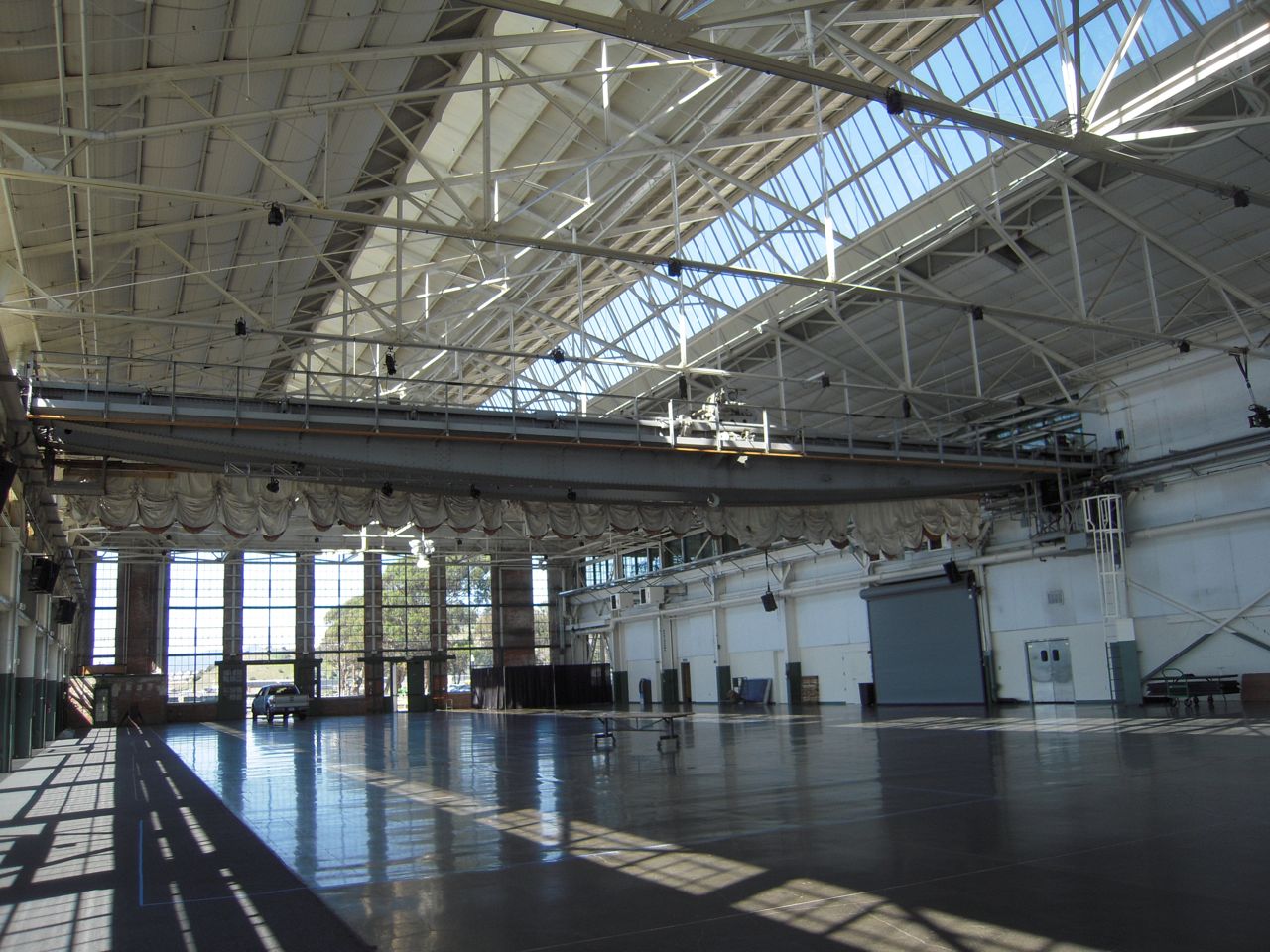 The Oil and Lubricant Storage was in tanks inside this building. It now serves as the visitor center for the National Park Service Historical Park: 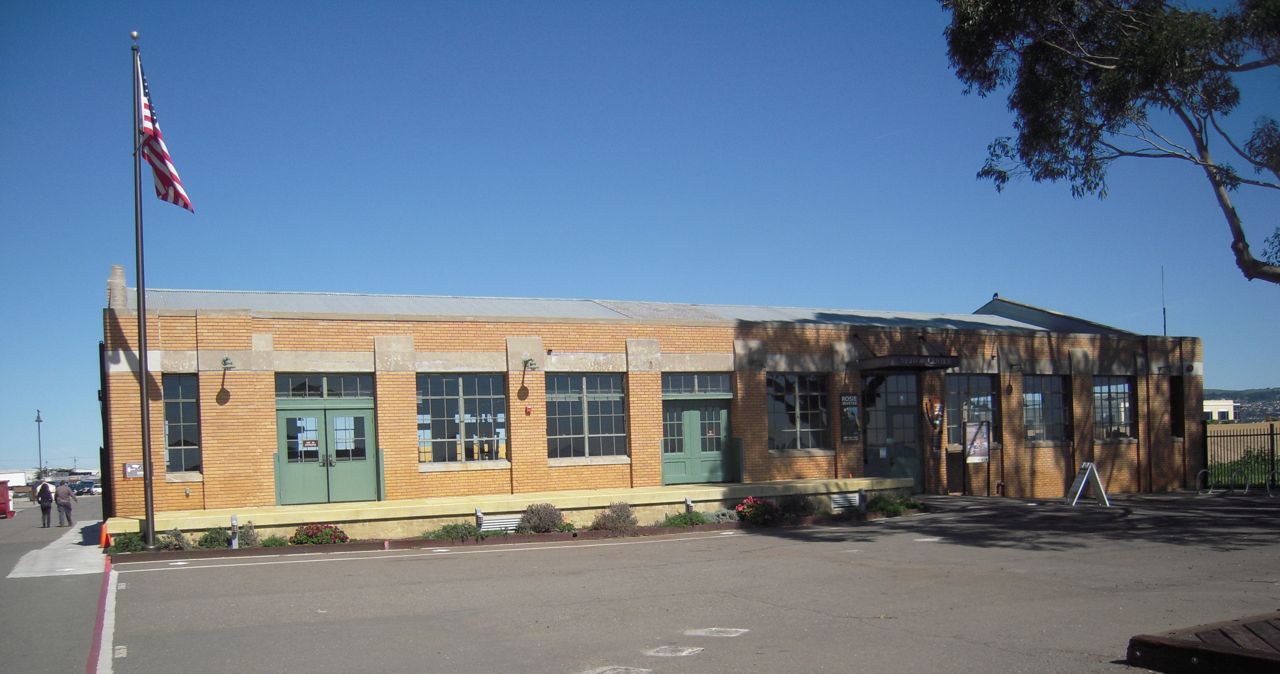 Looking at the plant from Kaiser Shipyard 3: